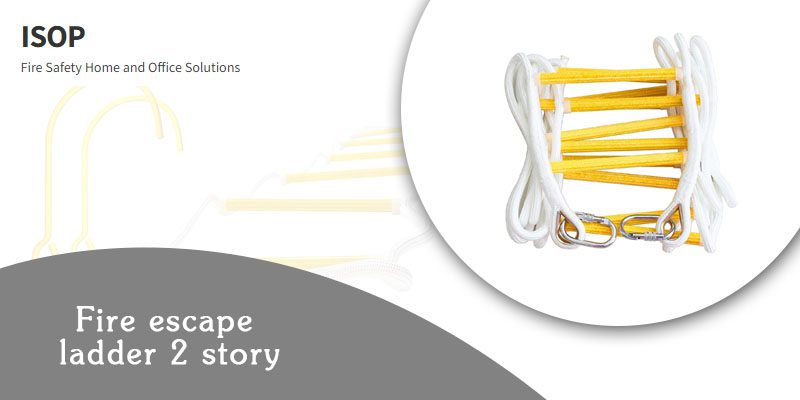 There are two sorts of exist that are offered to the building: vertical & horizontal. During an emergency, this exists plays a critical function. This article will teach you all you need to know about the fire escape ladder for home.

What is a Fire Escape Ladder?

A fire escape is a form of an emergency exit that is usually located on the outside of a property or, in rare instances, inside but separates from the main parts of the structure. It serves as an escape route in the event of a fire or other emergency that leaves a building’s stairwells inoperable.

On April 17, 1860, Chapter 470, Section 25 of the New York City Act headlined “An Act to Provide Against Unsafe Buildings in the City of New York” became one of the oldest known building acts requiring a second means of exit.

“In all residing built for the household of more than six families, there must also be fire-proof stairs, in a stone or brick, or fire-proof building, connected to the outer walls, & all the rooms on each story, must communicate by doors. If the fire-proof stairs are not built as above, there must be fire-proof balconies on each story on the outside of the building connected by a fire escape ladder & all rooms on every story must communicate by doors. If the structures are not constructed with either balconies or stairs as described above, they must be constructed fire-proof all over.”

Following the implementation of this legislation, the use of fire escapes affixed to the exterior of the structure became the primary technique of giving a secondary means of exit & remained so for several decades. Fire escape ladder for home is now nearly obsolete in modern structures due to progressive construction rule, & those that remain are frequently neglected & badly maintained.

As a result, it is critical that we grasp the limitations of these life-saving technologies & be mindful of the consequences that decades of exposition to the weather may have on structural components.

Drop ladders are an excellent piece of fire escape equipment. They are commonly utilized in medium to small condo buildings in the event of a fire. These ladders are permanently attached & are safe & stable enough for anybody to use. The drop ladder is typically installed near the window so that it may be conveniently accessed during an emergency escape.

A Gooseneck Ladder is a straight ladder that stretches from the terrace or balcony’s top floor & serves as a typical fire escape. This sort of ladder is connected to the building’s side & is sometimes considered a part of the building. However, it is segregated using fire doors. It normally runs from the top to the bottom level of a high-rise structure. The Gooseneck ladder is more intricate & harder to use than the preceding ladders.

A counterbalanced staircase is a typical & frequently used mechanism for protecting building inhabitants during an emergency. It is commonly seen in schools & modest structures. The counterbalanced stairway, which is driven by a pulley system, is a frequent mechanism used to safeguard building inhabitants from unwelcome guests climbing up the fire escape.

Importance of A Fire Escape Ladder

The emergency exit pathways are critical because they give a clear & safe way out of the building during a disaster or crisis. And Fire stairs play a significant role in this. The evacuation routes might be supplied in the form of fire doors linked to the stairs, allowing the building’s residents to escape. Furthermore, a fire escape ladder might be utilized as a safe haven for less mobile people who require aid to leave.

A fire escape ladder is the safest, best, & most often used method of escape. When there is a shortage of space, a restricted budget, the building is irresistibly pleasing, or numerous escape routes are suggested, an escape ladder can be used as a substitute alternative for fire escape.